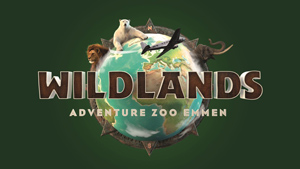 The history of the Emmen Zoo is one with various highlights, but after the highpoint in the mid 90ies (with over 1.5 million visitors every year) the number of visitors has been steadily declining. A couple of years ago the plan was finalized to move the zoo to a new location.
The artificial rock-work is a huge part of creating a believable experience; 25.000+ m2 of it is custom made.

After a long trip around the world both Jan Kempe and Jan Fuhler from the Emmen Zoo created a 1:87 model. This acted as a base for the initial agreements and after that work started on 1:30 models which would act a base for the actual constructed rocks.

My job was to scan the 1:30 rocks in 3D, provide insights for the teams doing foundations, landscaping etc. and to generate the inner constructions for them. Most of the inner constructions are based on profiles. After the initial phase where both bending by hand and bending them automatically (with Python and a steel-bending machine at NoordEnne) were evaluated, the choice was made for bending them by hand and I set off to create in Maya the python framework to convert the 25.000+ m2 square meters of rock-work into profiles for teams from mostly Spain and Portugal.

I worked both as an employee at Jora Vision and as a freelancer on this project.