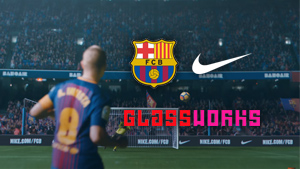 Nike has released “The Ball Makes Us More” commercial in March 2018 with a full CG stadium/crowd which I had the pleasure of working on with the team at Glassworks Amsterdam. The original stadium was created in XSI, then exported into Houdini for crowds and rendering. Redshift had some troubles rendering 80.000 agents and the stadium, so some custom Python scripts were needed to squeeze everything through.